Sony headphones are great and the process of pairing them with any of your Android, iOS, PC, Mac, Chromebook or Linux device is really simple and straight-forward. Sometimes people face troubles when they try to connect Sony Headphones to Mac.

Although, some people are old fashioned and sometimes, they find it difficult to pair their Sony Headphones to their Mac or PC. If you are the one you’ve caught in such a situation, don’t feel panic, we’re exactly here to help you with that.

If I explain this to you in one line, it would be Go to Bluetooth Settings, Turn It On, and select your preferred Audio Device and it would be connected in a while.

Most people find it difficult when they already have their Bluetooth On, and when the device’s Power On, your Mac will show, it’s connected but it’ll not work. You have to power off the Bluetooth and Power it On again then Connect your device. MacOS will have it fixed with the newer functions.

As per experts suggestions, this bug is reviewed by many Apple developers and the same issue also occurred with Debian based Linux environments, but now you have got the solution to this problem you’re good to go.

Why Sony Headphones Won’t Pair in the First Go

MacOS is based on Unix based systems and the problem exists in the OS where the bluetooth device doesn’t start the protocol as the device is connected, it might be for various security reasons to make the bluetooth protocol secure for its users.

If you’re thinking that the issue is with Sony and you’re asking their support and blaming them, please don’t. As a matter of fact, Sony secures the most market cap when it comes to their Audio devices whether it’s Sony WH-1000XM5 or Earbuds. They always come with a premium solution.

Now, If you’re on a Windows machine mostly Windows 10, you are not going to see this issue and the Bluetooth works seamlessly in the first go, even in other Linux distros they don’t take it as a security threat and it just works fine.

How to Go Into Pairing Mode in Sony Headphones

Well, when you Power On your Headphones or Earbuds they will be in the pairing mode and as if there is a paired device available there, it should auto connect with it, and if not, pair it manually.

I’ve mentioned above the process of why this happens and the solution is also discussed at the start so in case you are in a situation, you can quickly go through and solve the issue.

Are you the one who’s stuck in such a situation, where you open the lid of your Earbuds or Bluetooth Sony headphones and try to connect it with your Mac, but you’ll see that your Earbuds are connected before you go and connect it manually.

I hope when you’re in such a situation and find this article, it’ll help you to fix and understand the issue so next time, you’ll know what’s happening and where the actual bug is.

Khizar Idrees is a Tech Nerd who has been reviewing Tech Gadgets for more than 7 Years now, He has written guides for the most reputable brands in the Industry and also his work is appreciated by Marquess Brownlee.
View All Articles 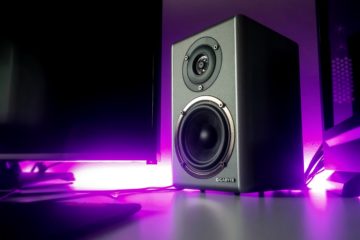 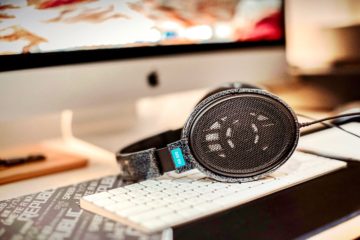